This year we're starting a new residency series at Gold Lion Arts. Each season, artists will present their work over a three-day period, and will program those days according to their particular vision. We chose artists who are actively creating new work, with recordings, gigs, tours and are also involved in numerous projects.  They will use these weekend residencies as a way to present a variety of music. 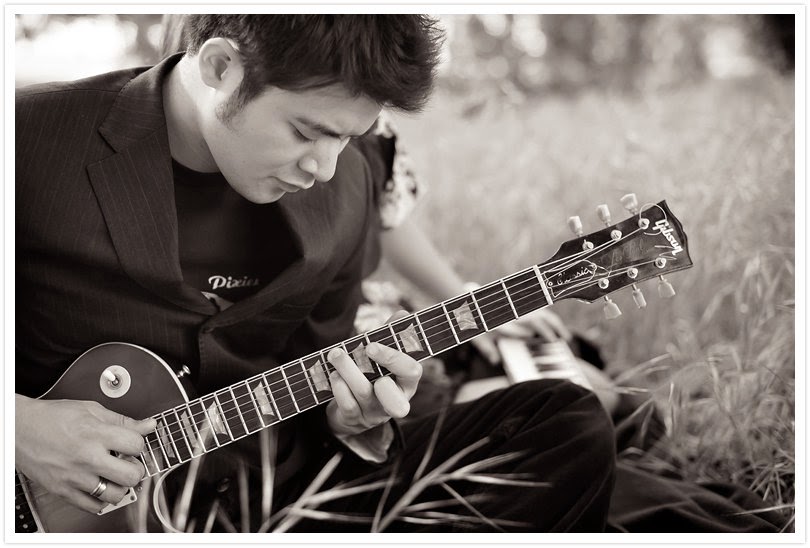 Guitarist and composer Karl Evangelista will be the first residency. His work will be presented Friday, March 13 through Sunday, March 15.

Karl is an active member of the Bay Area creative music community. He ranks among a new wave of creative musicians grounded in jazz, 20th century experimentalism, and popular song, exploring the place of multiculturalism and ethnic co-existence in an increasingly post-cultural, trans-idiomatic cultural space.

For more information on Karl go to http://www.karlevangelista.com. 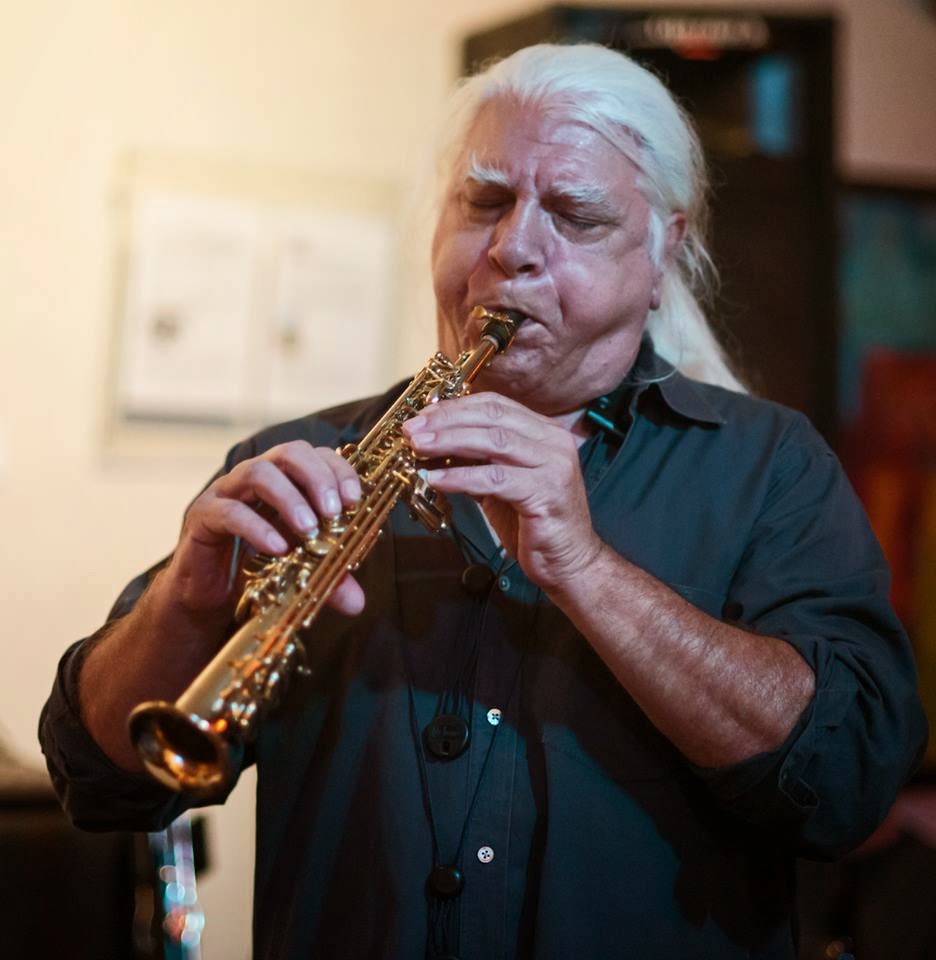 Vinny Golia is one of the most important figures in creative music today. His music, influence, mentoring and 9 Winds record label have solidified the West Coast as a haven for modern music.

Golia has a formed a number of ensembles that showcase both his style of composition and improvisation. These groups range from the his Large Ensemble to a variety of mixed quintets, saxophone quartets, duos, sextets and arrangements for jazz and classical orchestras. Most recently, Golia has performed and toured with his sextet which features some of the new voices in the Los Angeles free-improv scene.

For more information on Vinny go to http://www.vinnygolia.com. 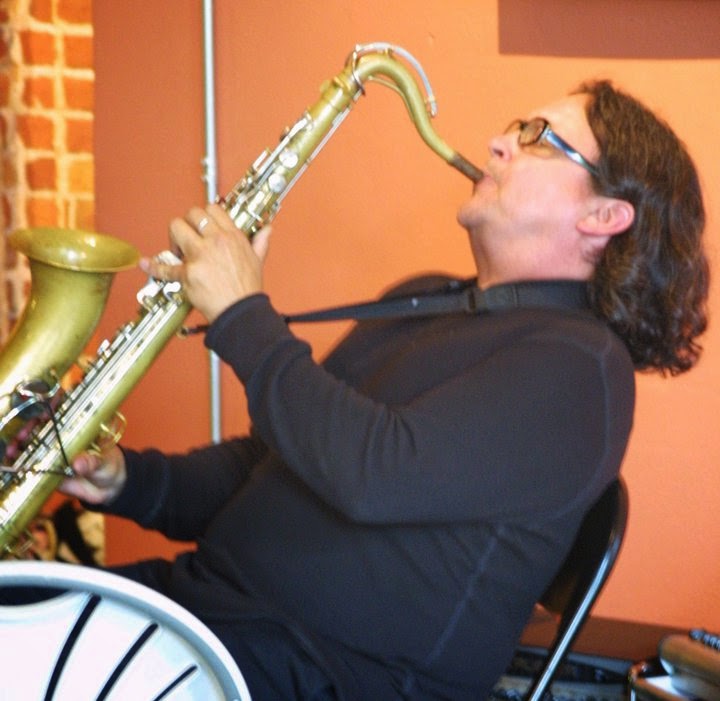 
Since his emergence on the west coast in the late 1970s, Evander Music founder and saxophonist Phillip Greenlief has achieved international critical acclaim for his recordings and performances with musicians and composers in the post-jazz continuum as well as new music innovators and virtuosic improvisers.

He has performed and recorded with Fred Frith, Meredith Monk and They Might Be Giants; albums include THAT OVERT DESIRE OF OBJECT with Joelle Leandre, and ALL AT ONCE with FPR (Frank Gratkowski, Jon Raskin, Phillip Greenlief). Recent residencies have included Headlands Center for the Arts and the University of Ballarat, Australia, and from 2012 to 2014 he was the curator at Berkeley Arts, a home for progressive music. He is the recipient of a San Francisco Bay Guardian Goldie Award.

For more information on Phillip go to http://www.evandermusic.com. 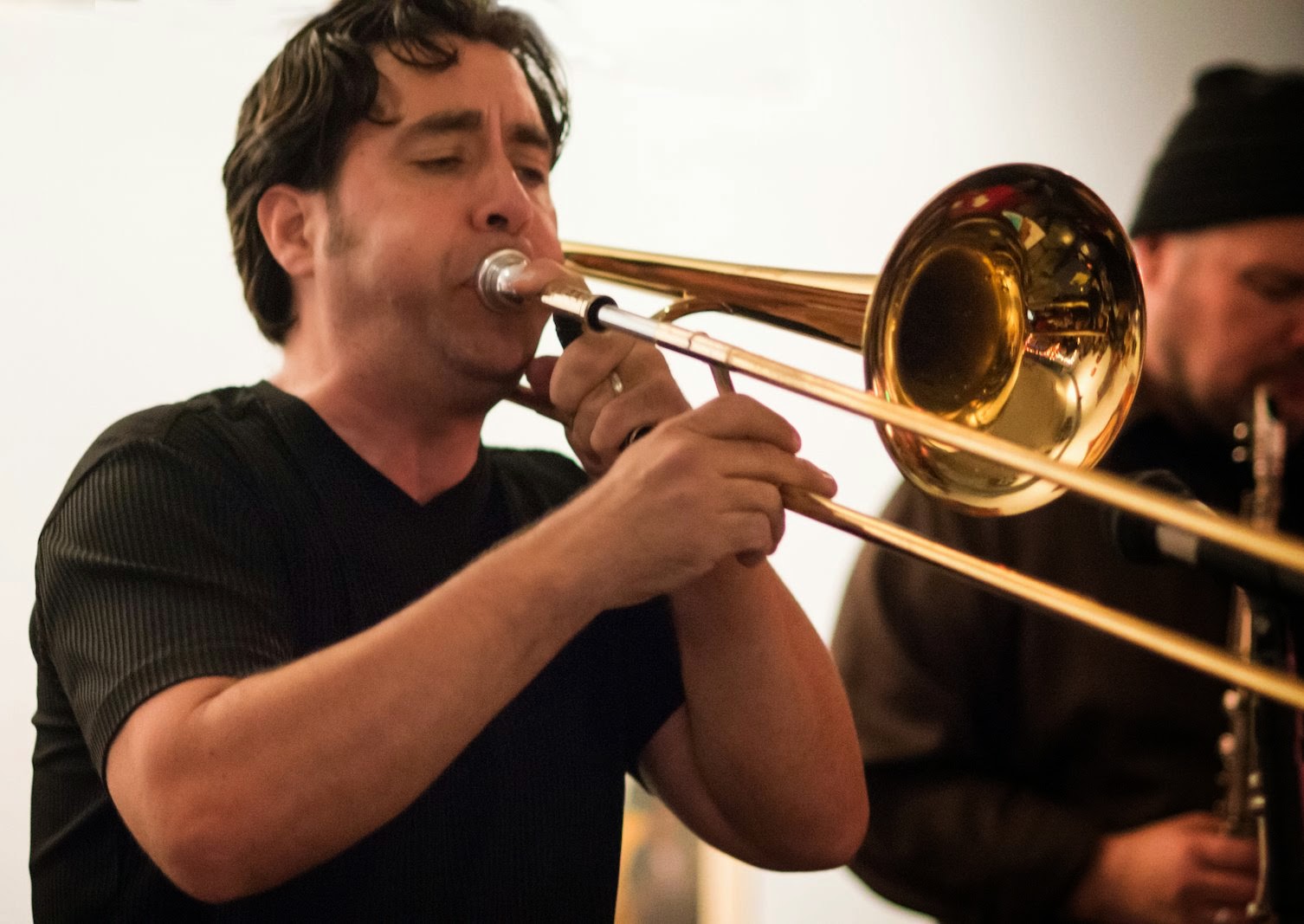 In addition to television appearances on The Tonight Show and The Ellen DeGeneres Show, Childers has performed with a number of commercial and pop recording artists, including singers Linda Ronstadt and Diane Reeves, rappers Kanye West and Twista, pop group Pink Martini and legendary conguero Francisco Aguabella.

Tickets will be available very soon. More info to come!

***The Residency Series is done in association with Outsound Presents.  Outsound Presents a non-profit organization, is to provide the explorative sonic community with opportunities to promote their vision and perform their music.

Posted by Gold Lion Arts at 4:07 PM No comments:

In early 2014, we started an Indiegogo campaign to raise money for music scholarships at Gold Lion. With arts and music in the public schools rapidly, if not totally diminishing, our goal was to raise enough money to be able to take 10 kids as full-time, private students for the year at no cost to them. The campaign to raise money was a success. We met our goal quickly and were able to put that program into effect.

One year later we're still here and still teaching kids with the scholarship funds. We've set it up so the kids that come in are able to take weekly lessons and the music teacher gets paid from the funds we raised. In effect, the campaign contributors are paying for the music lessons that the kids otherwise wouldn't get.

Some of the challenges we've faced when doing this program are consistency and transportation. Going into this program blindly, we found out that some kids simply aren't able to come in weekly. We've attempted to maintain an open-door policy with the lessons by remaining flexible to take kids when they are able to come. The other issue we faced is instruments. Without knowing what kind of condition their instruments would be in (or if they had one at all) before coming in, we became instrument repair techs whenever possible and barterers for other, playable instruments when necessary.

Now in 2015 our lesson schedule is going strong. We have a small group of kids who have remained in lessons for the entire year, a couple of which performed in our summer and fall recitals. Other kids have come in and taken lessons for a while and then stopped (kids are busy, after all). But our door is still open for more students. As long as we're here they will be welcome. Full and partial scholarships continue to be available.

If you'd like more information on lessons, whether that means taking them yourself or if you'd like to sponsor a child's lessons email goldlionarts@gmail.com.

Thanks for reading,
RH
Posted by Gold Lion Arts at 9:44 AM No comments: 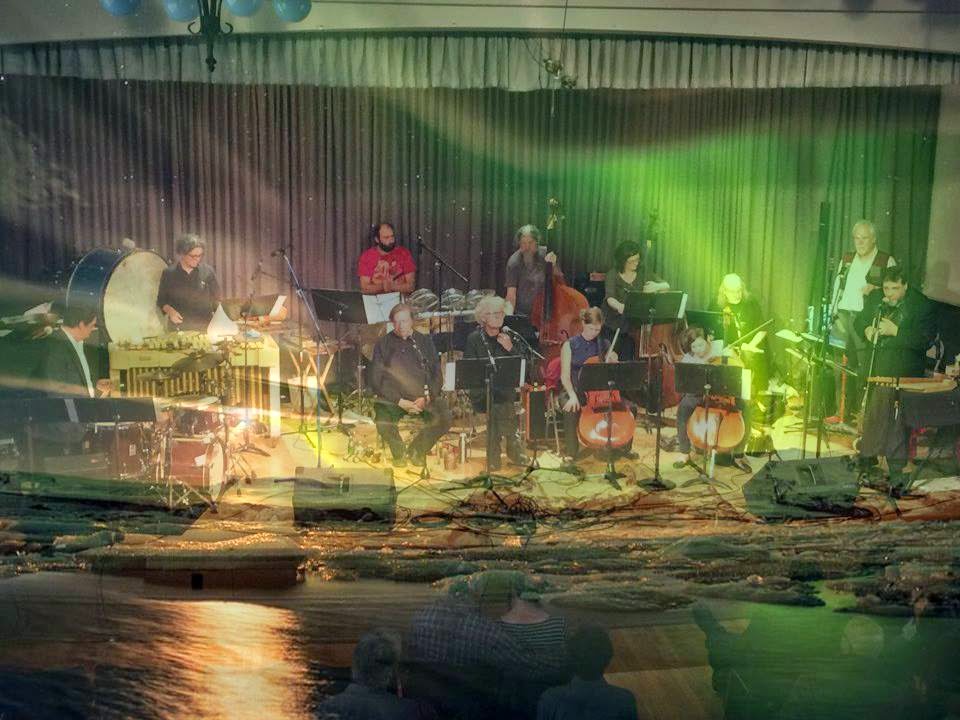 The Otherworld Cycle is the culmination of over fourteen years of research of the Finno-Ugric traditions and music. The Cycle consists of a series of new compositions and improvisations inspired by the poems of the Finnish National Epic known as the Kalavela, as well as Karelian regional folk songs, and Sami Joik song elements of the native peoples of the north. The Other World thematic abstractly reference the Uralic “Body of Memory” embedded in Romus’ musical psyche refracted through the multi-faceted lens of improvisation and postmodern jazz.
Ron Heglin•VoiceHeikki Koskinen•Recorder, E-trumpet, KanteleBob Marsh•VoiceSuki O'Kane•PercussionJoshua Marshall•Tenor Saxophone
Bill Noertker•Bass
Timothy Orr•Drums
Mark Pino•Percussion
Mika Pontecorvo•Flutes
Rent Romus•Alto Saxophone, Kantele, Flutes, Bells
Shanna Sordahl•Cello

More information about the Kalevala
http://en.wikipedia.org/wiki/Kalevala

(From Michael Coleman of Young Nudist)
Young Nudist will be visiting a town near you! Please come out and hear our music, we think you'll enjoy it. We're playing at some cool spots with a bunch of AMAZING bands. I'll be joined by Jordan Glenn, Mark Allen-Piccolo and Andrew Conklin, three of the best cats in the world.

*Check out our music here:
http://michaelcolemanmusic.bandcamp.com/album/young-nudist

and this incredible video by SNEAL

***All concerts are done in accordance with Outsound Presents
Outsound Presents is a 501(c)3 non-profit corporation ofvolunteers dedicated to presenting artists by artists in California.

Posted by Gold Lion Arts at 3:43 PM No comments: 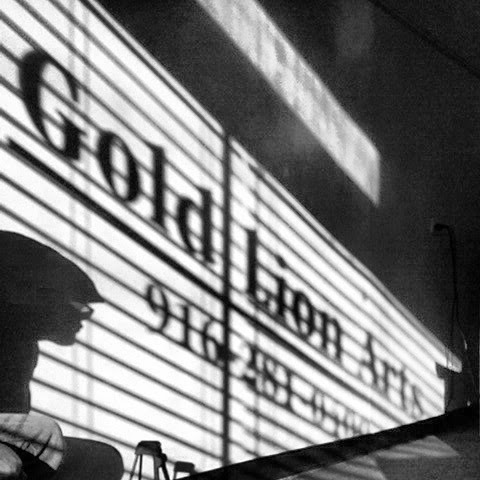 We're starting this year out with a website. This is going to be a very simple, very basic blog for Gold Lion Arts. You can find info on upcoming events, lessons, clinics, art shows and other happenings here.

Our music school just celebrated its first anniversary in October! Currently we have a full roster of music students, but we can always take more. We teach lessons in guitar, piano, voice, bass, drums, mandolin, banjo, ukelele and more.

The best way to stay up to date on our happenings is to get on our email list. Please send a message with a subject line of "Email List" to goldlionarts@gmail.com.

We're located at 2733 Riverside Blvd in Land Park. See below for some of what we do:

For info email goldlionarts@gmail.com
Posted by Gold Lion Arts at 2:10 PM No comments: