Coming Up In November!

Hey everyone,
There are a lot of cool things coming to Gold Lion in November! See below: 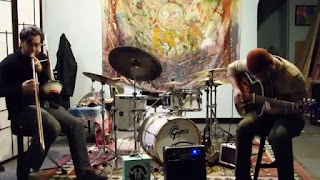 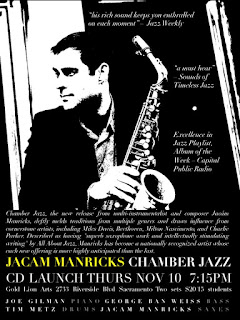 "Superb saxophone and intellectually stimulating writing..."
-All About Jazz

"His rich sound keeps you enthralled on each moment"
-Jazz Weekly 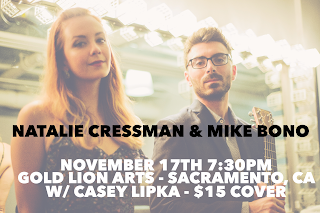 "A collaborative duo since 2014, Natalie Cressman and Mike Bono have developed a repertoire of vibrant and intricate originals which incorporate a combination of genres, including indie rock and contemporary jazz." 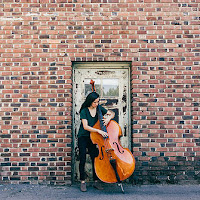 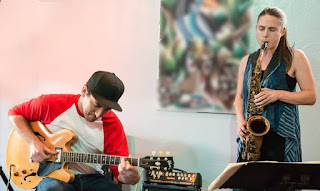 The Guthrie Project is a collaboration between Beth Schenck (saxophones + compositions) and Matt Wrobel (guitar), who have been playing music together for over a decade. After their son was born in 2011, Beth began writing short musical poems out of a growing interest in small scale/minimalist structures that could exercise both musical restraint and freedom of space. The product possesses an expansive, cinematic quality that has been described as “lyrical, rich and biting” (Greg Burk, metaljazz.com). Beth and Matt have performed throughout the United States, Europe and Japan and have performed with world-renowned musicians Henry Threadgill, Rajeev Taranath, Jim Black, Bill McHenry, Andrew D’Angelo and many others. Last year they relocated to the Bay Area from Brooklyn, New York. 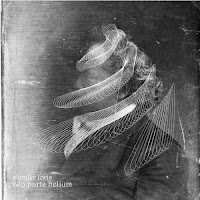 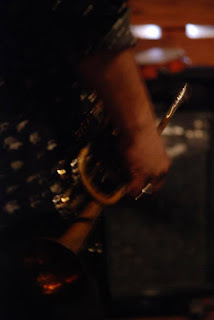 Hiroya Tsukamoto and Other Men on 8/23 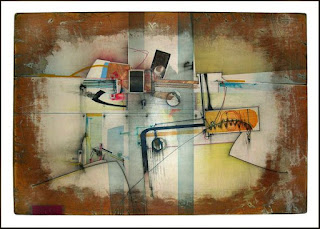 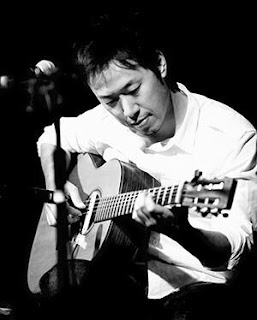 Other Men was a group of performance artists that committed acts of poetry and improvised music during the late 70's. It began as a quartet featuring members of the Pineda Institute of Psychomusicology–––which may or may not have been a real thing: Trombonist, Randy Stark, Bassist, Gerry Pineda, Drummer, Matt Ryan and Poet/Keyboardist, C.B. Davis. Later, the group expanded to include saxophone, guitar and percussion. Now the original group returns with Bryan Kilfoil replacing the deceased Matt Ryan on drums. The evening will feature the group's early and more recent works.

Hiroya Tsukamoto is a one of a kind composer, guitarist and singer-songwriter from Kyoto, Japan. Hiroya has been leading concerts with his group including several appearances at Blue Note in New York and he performed with Esperanza Spalding, Marta Gomez, Kendrick Scott(The Crusadors), Pete Kennedy(The Kennedys) and Dave Maxwell(Muddy Waters Band).

Coming Up in July

C.J. Boyd is an oceanic bassist without a fixed home, on perpetual tour since March of 2008. Swimming solo through waves of bass, he tries to stop time and live forever with a mix of improvisation and composition on the upright bass and electric bass. 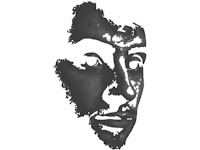 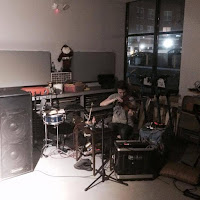 
*A free form experimental electronic noise project. using found sound samples resembling musique concrete melding with thick and thin textures of synths. Trying to mix merzbow and Cecil Taylor with everything in between.

Please join us for the first ever Gold Lion Arts Summer Festival June 24 through June 26!
We''re partnering up with Outsound.org to present four different energetic, visionary acts per night.

Tickets are $20 per day. Weekend passes are available for $35 via PayPal. 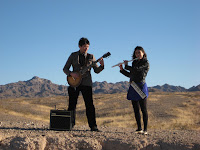 Grex
Grex (Karl Evangelista-guitar/vocals/drums, Rei Scampavia-keys/vocals/drums) is an art rock band based out of Oakland, California. In biological terms, a “grex” is an entity composed of several smaller organisms. Grex (the band) explores the meeting point between fun, delightfully strange psychedelic pop/rock and the dark outer reaches of noise and free jazz. The group’s striking “two man band” configuration recalls a spectrum of wild duos ranging from The White Stripes to Skeleton Crew. 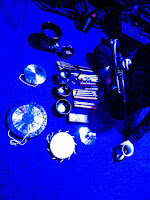 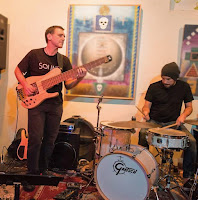 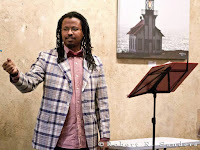 Hosted by NSAA
Poet, prophet, activist, podcast host, singer, graphic artist and many more things. NSAA is the glue to all things creative in Sacramento. He is one of the hosts of the "Black Talk Sacramento" podcast as well as the "Coffee and Poets" spoken word series. 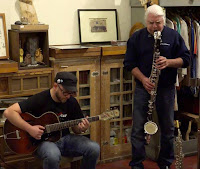 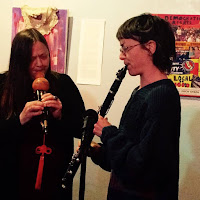 Hosted by Atim Childers
Atim Childers is an actor and play producer. She runs the "Now Hear This" production with her husband Clifford Childers.  She is currently acting in "Disgraced" in Sacramento.

Bad Luck
Bad Luck is a 10-year collaboration between Seattle-based musicians Chris Icasiano on drums and Neil Welch on saxophone/electronics. With four albums under their belt, Bad Luck has created an incredibly diverse array of music — no small feat in the heavily trodden world of drum/saxophone duos. Their melodies, improvisations and compositions are constructed from the ground up, creating a band sound much larger than the sum of its parts. 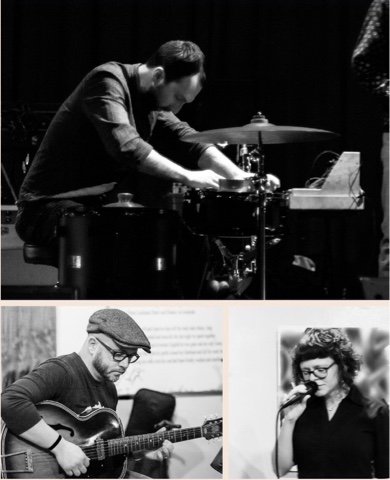 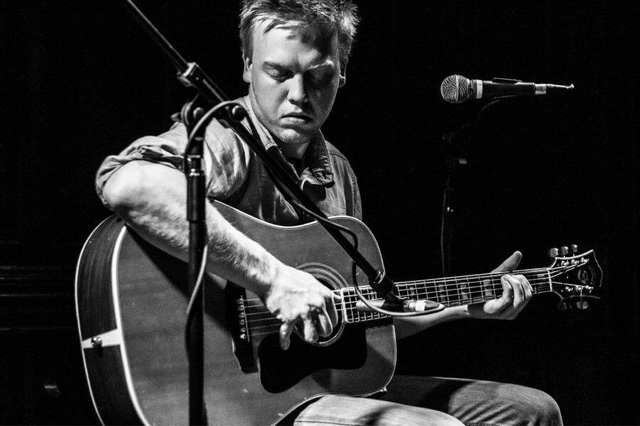 Set 2:
Daniel Bachman-solo guitar
**Daniel Bachman is a 6 string and lap steel guitar player from Virginia currently living in North Carolina. Bachman grew up steeped in the traditional music of the Commonwealth, drawing from and expanding on it in his own fingerstyle guitar albums including Seven Pines(Tompkins Square, 2013), Orange County Serenade (Bathetic, 2014), and the new LP River (Three Lobed, 2015). On record and in person you’re introduced to a veritable landscape of winding guitar with Bachman treating his guitar lines and licks in a way that resembles the earth itself, at its most pristine, delicate, yet also primal and overpowering. Pieces move, ascending and descending in the same way that the clouds roll through blue skies, the same way brooks babble down rocky fronts carving their paths in the land.
Posted by Gold Lion Arts at 3:52 PM 1 comment: 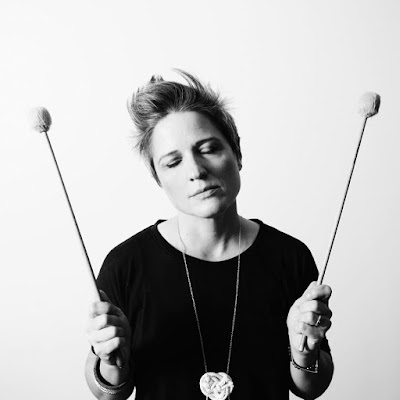 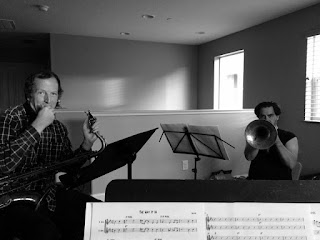 Happy 2016, everyone.
Several things are coming up at Gold Lion Arts that you won't want to miss.
Saturday, January 9:
Outsound Presents The MA Series 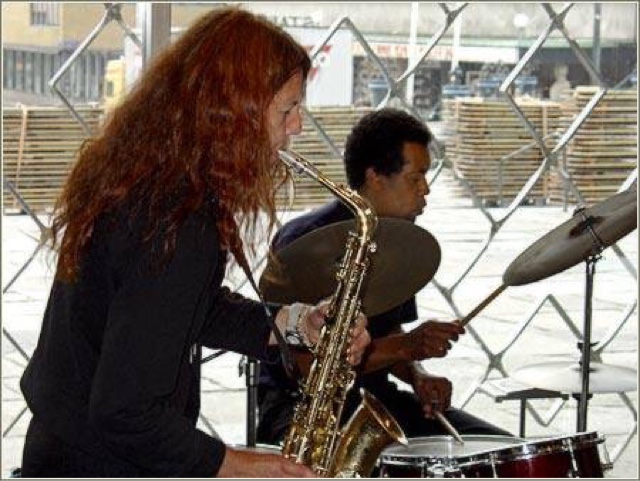 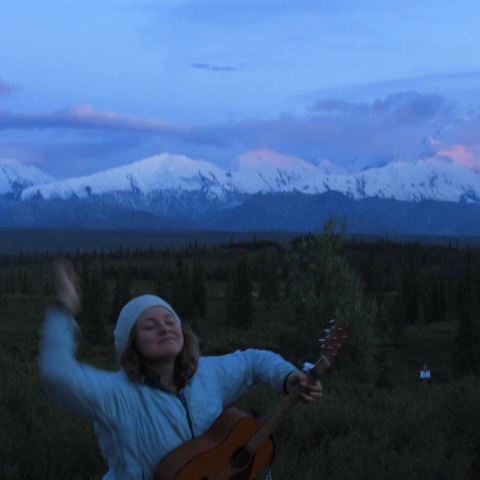 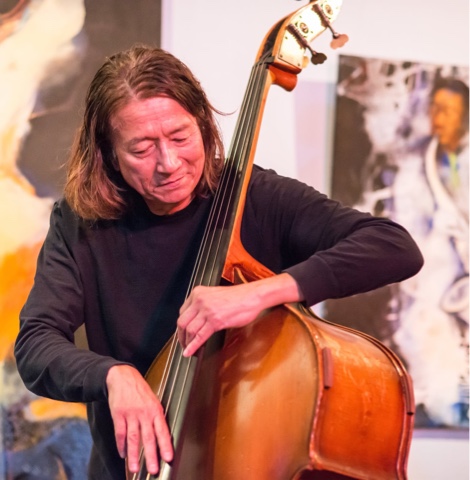 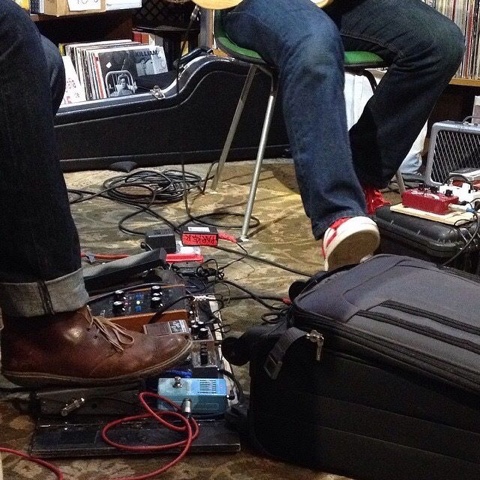 Join us for a night of guitars!
Jeff Parker (Tortoise, Brian Blade, Scott Amendola Band) will be presenting a set of solo guitar music for the first set.
For the second set:
Jeff Parker-guitar
Ross Hammond-guitar
8pm, $10-15 sliding scale
------------------------
Saturday, January 16:
Now Hear This - A Story and Performance Series $10 Suggested Donation at the Door